I Had a Heart Attack 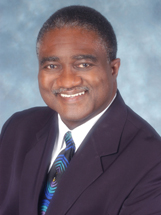 Nothing was more startling than when a cardiologist looked me directly in the eyes and said matter-of-factly: “It looks like you had a heart attack.” I was dumbfounded. When? Where? How much damage was done? Why didn’t I know it?

It certainly didn’t feel like I had suffered a heart attack.

I had just covered and participated in the 50th anniversary of “Bloody Sunday” in Selma, Ala. The ceremonies had special significance to me because as a senior at Druid High School in Tuscaloosa, I had participated in the last day of the march in Montgomery, where I saw James Baldwin and Harry Belafonte for the first time.

Ann and I arrived a day early, had dinner with Susan Gandy, the youngest of my three sisters, who had driven over to Montgomery from Tuskegee with her husband, Iverson, Jr., and my neice, Rachel.

In addition to covering the president’s speech Saturday, I had received a Freedom Flame Award that night and on Sunday morning was one of the speakers at the Martin and Coretta King Unity Breakfast. I walked across the Edmund Pettus Bridge on Sunday and completed my writing and editing for the NNPA News Service on Monday.

We stopped in Buford, Ga. Tuesday en route back to Washington, D.C. to visit Ann’s son, Derek Ragland; his wife, April, and our grandkids, Austin, 5, and Autumn 1.

On Wednesday night, I felt a slight pain in my chest, but dismissed it as indigestion. It continued Thursday night. When the pain persisted Friday night, Ann insisted on taking me to the hospital and I acquiesced.

We ended up at Emory Johns Creek Hospital. To Ann’s disbelief, I grabbed my iPad mini, a book, my charger, and a notebook as we headed out of the door. I know how long the wait can be in emergency rooms and did not want to be without reading material if I became trapped in the waiting lounge.

But once my symptoms were shared with the intake nurses, I was whizzed through the paperwork and placed in a room to wait for a doctor, to be administered an EKG and, of course, give blood.

“We’re going to keep you overnight to see what’s happening,” the attending physician told me. From the way he said “keep me,” I deduced that they were not keeping me around just to get to know me better. Something was amiss and I wasn’t sure what it was. I was wheeled into a private room in the Intensive Care Unit, where I was closely monitored around the clock, had blood extracted – usually at ungodly hours – and hooked up to a series of instruments. A hospital is not place to get sleep; it’s the only place in the world where they wake you up to give you a sleeping pill.

I was told around midnight that at 7 a.m. Saturday, a stent would be inserted into my heart to unblock a clogged artery. At the age of 50, I had a triple bypass. I had played quarterback at Druid High and Knoxville College and neither drank – not even wine – smoked nor used illicit drugs. Yet, an athletic past and clean living were not sufficient. I was the son of the South and I had grown up in a family where our grease was cooked in grease.

Now, 18 years later, I was told that of the three bypassed arteries, one was completely blocked, one was 97 percent blocked, and one was functioning fine. The surgery itself was not as dramatic as the bypass, which required the heart to be stopped temporarily. This time, the cardiologist made an incision in my groin, placed a stent over a balloon catheter and slid it into the heart muscle to improve blood flow. I was awake, but did not feel any pain.

From there, the ICU nurses — especially Glenn,  Rene, KayLee and Shig —  took fantastic care of me. They could not have provided better care, even if that meant waking me constantly.

I had a follow-up visit and a stress test with Dr. Jigishu Dhabuwala at the North Atlanta Heart and Vascular Clinic before being released to the care of Dr. Boisey O. Barnes, my regular cardiologist in Washington. I spoke with Dr. Barnes during this period and before I returned home, he had already discussed getting me into a heart rehabilitation program and enrolling me in a Harvard study to prevent second heart attacks.

After writing about my bypass 18 years ago, Bill Pickard, a Detroit businessman, said I had probably saved his life because he took some immediate steps to improve his health after reading about my challenge in Emerge magazine.

At the urging of “Uncle Mike” Fauvelle of Setauket, N.Y., I am writing about my second close call with death, hoping that it, too, will prompt you to not only pay closer attention to your health, but be aware of the small signs of trouble and do something about it immediately if you sense something is awry.

George E. Curry, former editor-in-chief of Emerge magazine, is editor-in-chief of the National Newspaper Publishers Association News Service (NNPA) and editorial director of Heart & Soul magazine. He is a keynote speaker, moderator, and media coach. Curry can be reached through his Web site, www.georgecurry.com. You can also follow him at www.twitter.com/currygeorge. 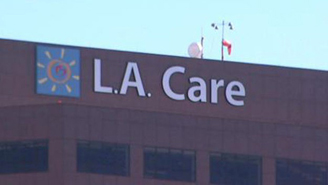 A Los Angeles County supervisor took aim this week at an agency responsible for administering more than $6 billion in healthcare funding for low-income residents, charging that much of the nearly half-million dollars the agency spent on meals and catering was unnecessary. L.A. Care, which manages health care plans for about 1.7 million low- income residents, spent $476,000 on meals and catering for work-related meetings, travel and training from October 2013 to January 2015, according to a county audit. That sum included $10,900 for 115 people to attend a retirement party for the agency’s then-CEO with valet parking and an open bar and another eight farewell lunches for that retiring executive.

Supervisor Michael Antonovich, who joined the L.A. Care board this year as the Board of Supervisors’ representative, said 2013 news reports that the agency spent lavishly on liquor and food were met with promises of reform.

“There was no evidence that any reforms were made,” Naimo told the board. L.A. Care Board Chairman Thomas Horowitz issued a statement that pointed to the audit's more positive findings.

“The report by the county auditor-controller found that L.A. Care is a well-run and fiscally responsible organization,” Horowitz said.

“The report also mentioned that L.A. Care’s overall financial performance and administrative costs are favorable when compared with similar plans in California.”

The spending was within the agency’s policy guidelines, but Naimo’s report suggested that L.A. Care establish “more detailed guidelines” on discretionary spending given its “high visibility within the community” and rethink its policy allowing alcohol at agency events. Supervisor Sheila Kuehl said she was “torn” about the results, pointing to the big drop in spending from 2013 to 2014, but acknowledging that even small expenditures can add up and optics matter.

“If I want to throw a birthday party for myself, I pay for it,” Kuehl said.

She said she was confident that the L.A. Care board had “gotten the message.” Horowitz said his board was “committed to implementing best practices for public agencies.” Antonovich said he expected some representatives to the L.A. Care board might be replaced in the wake of the audit. 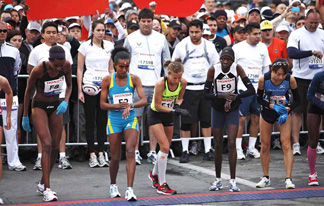 Record-breaking heat is expected in the Southland this weekend, according to the National Weather Service.

“Temperatures well above normal ... will be prevalent by Friday,” said an NWS statement. “By the weekend, record-breaking heat is forecast ...”

NWS forecasters said Saturday and Sunday highs could be 20 degrees above normal. They attributed the expected hot spell to an unseasonably hot air mass that will develop this weekend as a strong ridge of high pressure aloft builds in the region.

“By the weekend, record-breaking heat is forecast, when the center of the high pressure ridge moves over the region,” the statement said.

Daytime highs Saturday and Sunday will range from the 80s to lower 90s at the coast and from the mid 80s to mid 90s in the valleys and foothills, the statement said. NWS forecasters urged residents and visitors to avoid heat stress, including by scheduling outdoor activities in the morning or evening to avoid the day’s strongest heat, wearing light clothing if engaging in strenuous activities, and staying hydrated. Also forcefully recommended: “Never, ever leave children, pets or the elderly alone in the car.”

The weather service expressed concern for people who’ll take part in Sunday’s L.A. Marathon, saying they need to be aware of the potential for serious heat-related problems. Also appearing concerned are the marathon’s organizers. The entire field will start at Dodger Stadium at 6:55 a.m., 30 minutes earlier than originally scheduled in an effort to beat the heat.

Other steps will be taken to better ensure runner safety. The race will have wave starts to ensure proper runner spacing and enable more efficient replenishment of supplies at aid stations. Additional water and Gatorade Endurance Formula will be provided at all 24 aid stations.

“Cooling buses” will be stationed along the course and at the finish line; misting stations, cold towels and ice will be provided.

“While we are anticipating warmer temperatures for Sunday’s race, we are confident in our level of preparedness and the resources we have available to support a positive race day experience for all participants,” Dr. Glenn Ault, the race’s medical director, said this week.

Sunday’s high in metropolitan Los Angeles, an area that takes in the marathon course, is forecast to be 91.

Written by STACY A. ANDERSON 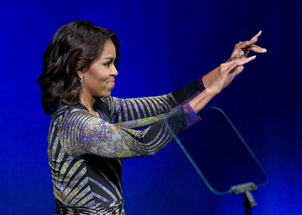 By STACY A. ANDERSON

Mental health care is not just a policy and budget issue for America, but also a cultural issue, Michelle Obama said on Wednesday.

The first lady said more than 40 million Americans experience a diagnosable mental health condition— like depression or anxiety— and there should be no stigma around mental health care.

“At the root of this dilemma is the way we view mental health in this country,” she said. “Whether an illness affects your heart, your leg or your brain, it’s still an illness, and there should be no distinction.”

Mrs. Obama spoke at a mental health summit and the national launch of the campaign to “Change Direction.”

The nonprofit organization Give an Hour, which launched the campaign, has developed a network of about 7,000 mental health professionals to provide services to those in need, including veterans and service members.

Mrs. Obama has been a longtime advocate for veterans, service members and military families through her Joining Forces initiative. But the first lady said mental health conditions affect about 1 in 5 adults, and no one should have to worry about perceptions because they are seeking help.

“Life can be stressful,” she said. “Folks are faced with all kinds of challenges. They are stretched thin at work. Their paychecks don’t stretch far enough. Millions struggle every day just to get by.”

“Change Direction” was in­spired by a discussion at the White House National Conference on Mental Health in 2013, following the fatal Sandy Hook Elementary School shooting.

Participants in the campaign to “Change Direction” include the American Foundation for Suicide Prevention, America's Promise Alliance, Booz Allen Hamilton, Aetna, Change.org, Justice for Vets and the National Council for Behavioral Health.

The summit gathered leaders from the government, business and nonprofit sectors for panels on mental health at the Newseum.