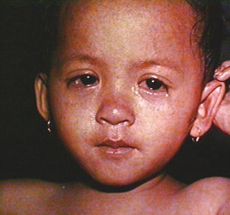 Los Angeles County’s interim health officer urged residents this week to ensure they are vaccinated for measles, and assured parents that vaccinating their children is safe.

As of Tuesday February 3, California had 93 confirmed cases of measles, including 28 in Orange County and 21 in Los Angeles County but none on any Los Angeles Unified School District campus, state and local health officials said.

“To end this outbreak we need to do more and we need help,” Gunzenhauser said. “I encourage everyone to review their vaccination status and if needed to get the vaccine now. Those of you who are in positions to make decisions about vaccine for others, review the scientific evidence, be informed about the outbreak and make a decision that's based on evidence.”

Gunzenhauser told the county Board of Supervisors Tuesday that there is “some hope that we will get ahead of the outbreak in the near future,” citing a smaller number of cases arising from the outbreak’s second and third waves.

But he cautioned that there was “still work to be done” and said it could take weeks or months to be certain that the outbreak was in retreat. Gunzenhauser said the key to slowing the spread of infection is to shorten the time between when a patient gets a rash and when health officials are notified and can impose quarantines and offer immunizations, he said. Of L.A. County’s 21 confirmed cases of measles, 17 are linked to the outbreak that began at Disneyland in December, Gunzenhauser said. Nonetheless, the outbreak has had no noticeable effect on Disneyland or other Disney theme parks, according to Walt Disney Chairman & CEO Bob Iger.

“We really have not been able to discern any impact at all from that,” he said Tuesday in an interview on CNBC. “In fact, if you were to look at Disneyland, the quarter that we’re currently in, we’re up from where we were last year in both attendance and in bookings or in reservations...” Meanwhile in Sacramento, a pair of state senators, including Sen. Ben Allen, D-Redondo Beach, said they plan to introduce legislation that would eliminate the ability of parents to receive a “personal belief” exemption from immunizing their children.

“The high number of unvaccinated students is jeopardizing public health not only in schools but in the broader community,” Allen said. “We need to take steps to keep our schools safe and our students healthy.”

Sen. Richard Pan, D-Sacramento, who is also a pediatrician, said the idea of people not immunizing their children has concerned him “for a long time.”

“I’ve personally witnessed the suffering caused by these preventable diseases and I am very grateful to the many parents that are now speaking up and letting us know that our current laws don’t protect their kids,” Pan said.

Pan authored a law in 2012 requiring parents to speak to a health care practitioner before obtaining a vaccination exemption. According to Pan, the number of parents seeking exemptions dropped by 20 percent when the law took effect. 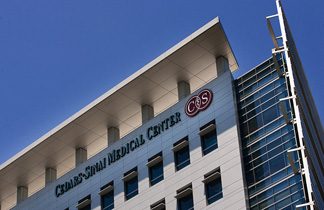 “Our research shows that cells derived from corneal stem cells are attractive candidates for generating corneal cells in the laboratory,” said Alexander Ljubimov, director of the eye program at Cedars’ Board of Governors Regenerative Medicine Institute.

Scientists used human corneal cells to generate pluripotent stem cells, which are capable of differentiating into various cell types, then put the new cells on natural “scaffolds” and helped create corneal cells. The researchers are now working on organizing and getting funding for a stem cell bank for the purpose of growing corneal cells that may be used to repair defects, which may be caused by genetics, inflammation or injuries, a Cedars-Sinai spokeswoman said. Corneal blindness affects about 150,000 Americans and about 3 million people worldwide. The findings are published in the journal Stem Cells Translational Medicine. 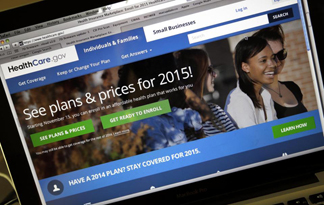 The Obama administration reported Wednesday that nearly 103,000 people signed up last week in the 37 states where the federal government is running online health insurance markets, bringing total enrollment for 2015 to 6.6 million in those states. The remaining states are running their own exchanges.

Meanwhile, a new Gallup survey found that 12.9 percent of the adult population remained without coverage in the last three months of 2014, the lowest share since the pollster began daily tracking of the uninsured in 2008, before Obama took office.

The Gallup-Healthways Well-Being Index found that the uninsured rate dropped 4.2 percentage points over the past year as the health law’s major coverage expansion went into effect. Other analysts have estimated that those gains translate to at least 10 million uninsured people getting coverage. A year ago 17.1 percent of adults were uninsured.

“The Affordable Care Act has accomplished one of its goals: increasing the percentage of Americans who have health insurance coverage,” Gallup concluded.

Obama’s law offers subsidized private insurance to people who don’t have coverage on the job, along with expanded Medicaid coverage for low-income people. Insurers can no longer turn down people with health problems. Virtually all individuals are required to have coverage or risk fines.

Some of the insurance gains are no doubt due to an improving economy, but Gary Claxton of the ­nonpartisan Kaiser Family Foundation said “it’s hard to deny that the sharp reduction in the uninsured in 2014 was anything but the law.” Claxton helps direct the foundation’s widely-cited annual survey of employer plans.

Wednesday’s report from the Health and Human Services Department comes as the health law’s second open enrollment season has passed the halfway mark. So far, there hasn’t been the technology meltdown that marred the first sign-up season. Insurers also say automatic renewal for millions of last year’s customers has gone fairly smoothly.

But “Obamacare” remains controversial. Republicans who took charge of Congress this week remain committed to repealing the law.

And the Supreme Court has agreed to hear a case that challenges the legality of subsidies in states where Washington is running the insurance markets. More than 8 in 10 customers are getting financial assistance, which covers about three-fourths of their premiums on average.

If the Supreme Court agrees with the plaintiffs in the case, those subsidies would end and much of the insurance coverage gains could evaporate.

The Obama administration says it is confident it will prevail in the court case, and is urging consumers to keep signing up. Feb. 15 is the last day of open enrollment season. The administration wants 9.1 million customers signed up and paying premiums in 2015.

The Gallup survey has a margin of sampling error of plus or minus 1 percentage point for results based on the total sample.

First Ebola victim may have been infected by bats 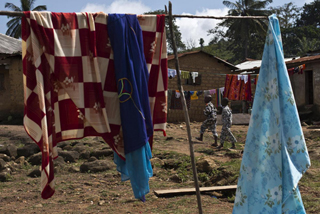 By Mike Stobbe and

A team of researchers think they may have pinpointed how the Ebola epidemic in West Africa started — with a small boy playing in a hollowed-out tree where infected bats lived.

The Ebola virus wasn’t found in the bats they tested so they weren’t able to prove the source, the scientists reported in a study published Tuesday December 30. But they believe the boy got Ebola from the furry, winged creatures that had lived in the hollow tree.

“As a scientist, I can say it’s a possible scenario,” said one of the study’s authors, Fabian Leendertz of the Robert Koch Institute in Berlin.

An outside expert said the researchers’ work was thought-provoking.

The Ebola epidemic is the worst in world history, blamed for killing nearly 8,000 people across West Africa this year, mostly in Guinea, Liberia and Sierra Leone.

The epidemic’s exact origin has never been determined, but the virus is thought to spread to people from some sort of animal. Many experts have suspected some species of fruit bat, though some wonder if West Africa's epidemic started through another animal — like a chimpanzee or small antelope — that was perhaps infected by bats and then eaten by people.

The researchers saw no signs that Ebola had affected larger animals around the boy’s small village of Meliandou. But they learned that a large colony of small, smelly bats with long tails lived in a hollow tree near the boy’s home.

Villagers told the researchers that the tree caught fire in March, causing a “rain of bats” to pour out of the tree. The bats were destroyed or gone before the researchers arrived in mid-April — a bad break for the researchers, Leendertz said.

The researchers tested 169 bats, including fruit bats and a few from the species that lived in the tree. None tested positive for Ebola, but that doesn’t disprove the hypothesis because experts think the virus may dwell in only a small minority of bats. The researchers are trying to collect more of the bats for testing.

The study was published Tues­day in EMBO Molecular Medicine.

Also, Liberia’s government announced it will allow families to bury Ebola victims in a special plot of land instead of requiring that the bodies be cremated so as not to spread the virus.

Ciatta Bishop, head of Liberia’s national Ebola burial team, said the government has secured 25 acres where Ebola victims can now be buried. More than 2,000 suspected Ebola victims have been cremated since the cremation decree was ordered at the height of the crisis in Liberia several months ago.

The corpses of Ebola victims are highly contagious, and many of those who washed or touched bodies before the burials contracted the disease. The cremation decree is highly unpopular in Liberia, where funeral traditions are carefully followed and are considered a sacred obligation to the deceased.