Rep. Waters Announces $17.5 Million in Grants for Noise Mitigation for Homes near LAX 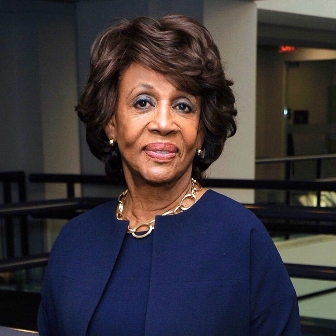 Congresswoman Maxine Waters (CA-43), Chair of the House Financial Services Committee (FSC), announced that the Federal Aviation Admini­stration (FAA) provided $17,500,000 in grants for residential noise mitigation for individuals and families who live near LAX.  The grants were funded by the CARES Act, a $2 trillion economic security package that included several provisions drafted by Congresswoman Waters in her capacity as FSC Chair.

“I am proud to announce that the FAA has awarded a total of $17.5 million in grants for residential noise mitigation for people who live near LAX and are affected by airport noise,” said Congresswoman Waters. “These grants will help individuals and families in more than 1,000 local residences mitigate the impact of airport noise in their homes.”

The FAA provided the following three grants totaling $17,500,000 to provide residential noise mitigation to residences in the vicinity of LAX:

• $10,000,000 for the Los Angeles County Development Authority (LACDA) for approximately 230 residences in the unincorporated communities of Lennox and Athens.

“I am especially proud that these grants were funded by the historic CARES Act,” said Congresswoman Waters.  “As Chair of the Financial Services Committee, I fought to ensure that this $2 trillion economic security package included a broad range of initiatives to invest in housing, transportation, and other infrastructure and to help families, support essential workers, and maintain public services like noise mitigation.  I am pleased that this landmark legislation is helping local families affected by airport noise.”

“Noise from planes flying into and out of LAX is extremely disruptive for people who live and work near the airport,” said Congress­woman Waters. “Moreover, while the COVID-19 pandemic has caused a reduction in air travel, it has also caused children and adults to spend more time studying and working in their homes exposed to airport noise. These grants will bring relief to more than one thousand individuals and families who deserve to enjoy peace and quiet at home.”

Sheriff Alex Villanueva insisted again today that ``disruptive groups'' from outside the area have inflamed recent protests outside the South Los Angeles sheriff's station, and only one of the three dozen people arrested over the past four nights was an area resident.

Protests have been held nightly outside the station since Saturday in response to the Aug. 31 deadly shooting by two deputies of Dijon Kizzee in the Westmont area. Villanueva said that while some people attending are likely there to protest peacefully, outsiders are taking advantage of the gatherings to incite violence.

“Some of the disruptive groups that came to – we'll call it `protest' in quotes, because they came dressed like they were going to play tackle football, with shoulder pads, helmets, knee pads, everything,'' Villanueva said in an update on Facebook Live. “They came armed and they came armed with fireworks, mortars, frozen water bottles, you name it. And they had gloves, heat-resistant gloves, goggles, everything.

“They're not there to protest,'' he said. “Come on, let's knock off any pretense that these people are here to engage in the lawful exercise of their First Amendment rights. They're not. Their whole goal is to disrupt law enforcement activities. As soon as something starts flying our way, we will respond in kind and we will declare it an unlawful assembly and then we'll take whatever action we need to stop that. That's it.”

The sheriff said 36 people were arrested over the past four nights, and only one of them was from the general vicinity of South Los Angeles.

“We got them from Florida. We got some from San Francisco. I think one from Michigan,'' he said. “Everywhere but Westmont. Go figure.''

Tuesday night's demonstration over the of Kizzee, 29, was declared an unlawful assembly at about 8:15 p.m., according to sheriff's Deputy Trina Schrader.

The 17 people arrested will likely face charges under California Penal Code section 409, which relates to remaining present at the scene of an unlawful assembly after being lawfully warned to disperse, sheriff's officials told City News Service.

It was the fourth consecutive night demonstrators gathered outside the station, located at 1310 W. Imperial Highway, to protest the shooting of Kizzee, who was shot during a confrontation with deputies near West 109th Place and South Budlong Avenue.

Sheriff's officials said he was riding a bicycle in the area and deputies stopped him for an unspecified vehicle code violation. After he was stopped, he allegedly punched one deputy then tried to run away and dropped clothing items containing a firearm.

Sheriff's officials have said he made a motion toward the gun, but Kizzee's family and community activists have accused the deputies of shooting an unarmed man in the back. They insist he was not wielding a weapon and was actually running away from the deputies when he was shot.

On Wednesday, Kizzee's relatives held a news conference with supporters, calling on the coroner's office to release the results of an autopsy. The results have been placed on a security hold by the sheriff's department, citing the continuing investigation.

As part of the national movement to ensure that all voters have access to the polls in November, Black Women for Biden-Harris announces its “John Lewis Chairs and Water Initiative.” The goal of the program is to create a comfortable and accessible voting experience for elderly, pregnant and access-challenged voters, in predominantly Black community precincts throughout the country, by providing at least 100 chairs and free water at polling locations.

“I can remember times in Ohio in the cold and snow, when my elderly parents had to stand in long lines at polling places. Sometimes they had to leave to go home before they voted, because the weather was cold and the wait was so long,” recalled Rev. Dr. Barbara Reynolds, Chaplain for Black Women for Biden-Harris, “It is critical to our democracy that every voice be heard and providing simple amenities like chairs and water can help make waiting in line to vote, possible for many citizens.”

“We are calling on professional sports organizations like the NBA, who have demonstrated their leadership by offering their arenas as polling places, to support the “John Lewis Chairs and Water Initiative,” said Dr. Stephanie Myers, Senior Advisor to Black Women for Biden-Harris. “If the NBA and other sports organizations will work with us, religious organizations, sororities, fraternities and other community groups, we can all ensure a strong voter turnout during this unprecedented Covid-19 health crisis.”

For more information, or to join the initiative, contact Pat Duncan, National Co-Chair, Black Women for Biden-Harris     This email address is being protected from spambots. You need JavaScript enabled to view it.

We believe communities of color must be a vital part of the decision-making process. We are dedicated to developing transformative ideas, reaching out to meet our communities where they are, and operating on National, State and Local levels as advocates and voices to express diverse perspectives on global and national matters. We are counting on Joe Biden to include our communities “at the table” in decision making about new policies, legislation, and programs that can uplift and improve our communities. We are dedicated to an agenda that addresses: Health Disparities; Crim­inal Justice Reform; Educational Equity; Violence Prevention; Domestic Violence Prevention; Employment Opportunities; Econ­omic Development; Small Business Entrepreneurship; Stopping Voter Suppression; and closing the Digital Divide.

Black Women for Biden-Harris, is a multi-cultural, inter-generational network of women and men who support Joe Biden for President of the United States. National Co-Chairs are Pat Duncan and Danyell Smith. 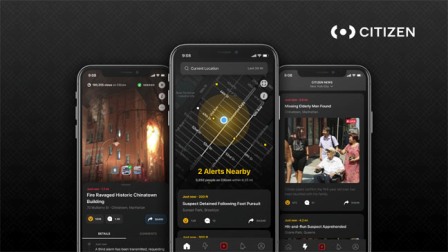 Los Angeles city and county leaders today announced a partnership with the developer of the popular Citizen app for a similar feature for COVID-19 contact tracing, intended to slow the spread of the virus.

The SafePass app uses a phone's built-in Bluetooth capabilities to anonymously track people who may have been near someone who recently tested positive for the virus.

People who test positive for the virus are asked to provide contact information to county health officials, which is kept anonymous, and if an individual has extended contact with somebody who later tests positive for COVID-19, they will receive a notification to be tested.

“The information gathered through the SafePass app will help us learn more about the virus and how it is spreading throughout our communities in the county,'' Los Angeles County Board of Supervisors Chair Kathryn Barger said.

“Everyone's identity remains anonymous and all data is encrypted to ensure privacy and security.''

SafePass is available for download for free on iPhone or Android devices.

“Six months ago ... we saw some of the toughest moments of our life, but one of the most important investments in our response has been widespread testing,'' Los Angeles Mayor Eric Garcetti said.

“In addition to our innovative testing program, we're working with the county to establish this contact tracing infrastructure ... to complement the testing work and to track down those who may be infected and to help us get ahead of new outbreaks.''

Even when people are notified that they've come in close contact with someone who tested positive, the user's information is kept private.

“There remains a burning need for continuous steps and actions to contain COVID-19, and this is the ultimate test that has required an amalgamation between government, the leading medical experts of the world and leading technology platforms,'' Frame said.

Frame said Citizen used a demo version of its contact tracing by asking people to opt in when the coronavirus first hit the U.S.

In one case, Frame said a woman who attended a protest in May in downtown Los Angeles was alerted two days later of her close proximity to someone who tested positive for COVID-19.

Frame said of the roughly 1 million people in Los Angeles County who use the app, about 3.5% opted to allow the demo contact tracing feature to be activated on their phones.

Garcetti also said the city will open a COVID-19 testing kiosk from 9 a.m.-3 p.m. Thursday thru Sunday at Union Station.