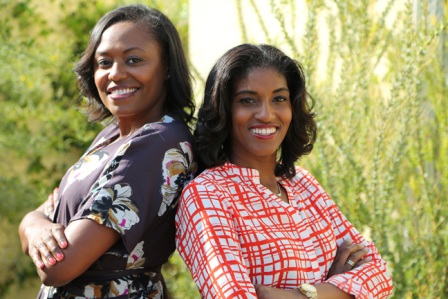 Co-founders Deena Williams and Eleisha Nelson-Reed are igniting dreams and opening a world of opportunities for young African American children with the L.A.-based education non-profit called the DreamKeepers Box.  Deena brings her business background and her interpersonal skills to the table while Eleisha brings her instructional background and her focused personality, making the dynamic duo and their product a force to be reckoned with.

DreamKeepers Box is a monthly subscription themed box that exposes children ages 8-12 to African Ameri­can leaders in science, technology, engineering, arts and mathematics (STEAM) delivering an educational and cultural experience to children’s homes each month with a different themed box.

DreamKeepers was launched by Mind Hatchery, a subscription box service that delivers hands-on learning experiences and career exploration for children after Williams and Nelson completed a very successful Kickstarter campaign that ended in May 2016.

Mind Hatchery was also founded by Williams and Nelson-Reed.

The box also features a group of five children called the STEAM Team guiding children through each month’s adventure. Each member of the STEAM Team represents an element of STEAM learning.

The five members of the STEAM Team are: Simone, who soars in science, Tre, who is thrilled with technology, Elijah, who is enamored with engineering, Amari, who is amped about the arts and Maya, who is mad about math. 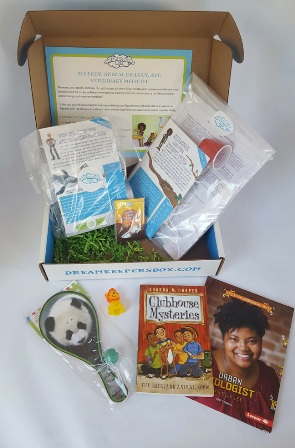 “As we are talking about these different adults and leaders, let’s create these characters that kids can also see and identify with. We wanted to show little brown girls and boys who have an interest in fields that might not be thought of as cool and these cool characters are interested in them,” said Williams and Nelson-Reed.

What makes the DreamKeepers unlike any other educational experience?

“We aren’t just leaving it at, ‘hey here is this cool activity for the month.’ Here’s the context and then ‘hey, let’s give you some role models and real people who you can see yourself in.’ Kids can’t be what they can’t see. We definitely have that lens every month when we are designing our box,” said Williams.

Currently, the co-founders are designing and compiling new material for their sixth themed box on aerospace.

“Our box in January is going to focus on careers in aerospace,” said Williams and Nelson-Reed. “We always wanted to do an aerospace box but we timed it after learning about the movie ‘Hidden Figures’ coming about the women of NASA and some of their amazing accomplishments. ‘Hidden Figures’ is coming out with a young reader’s edition, so we have been in contact with the author so that book will be included in our box. We have a really nice separate set of leaders to talk about, we have this book and movie coming out to anchor it in.”

As far as future goals are concerned, co-founders Williams and Nelson-Reed have the following in mind: gaining 500 subscribers, creating DreamKeepers boxes for other ethnicities and seeing the STEAM Team come to life on television in a DreamKeepers Saturday morning cartoon.

Celebrate Black History all year long with the DreamKeepers Box. Visit dreamkeepersbox.com for subscription and pricing info. Stay up to date with the STEAM Team latest adventures on Facebook, Instagram and Twitter @dreamkeepersbox 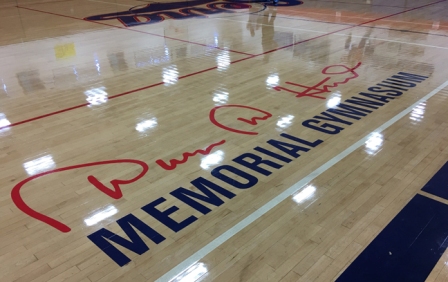 Junipero Serra High School has honored former legendary head boys basketball coach, Dwan Hurt ‘81, with the renaming of its gymnasium to the Dwan D. Hurt Memorial Gymnasium. Hurt, who was an alumnus of the school as well as a longtime dean and basketball coach, passed away unexpectedly after Thanksgiving. Hurt was 53 years-old.

The announcement was first made at Hurt’s funeral at St. Catherine Labouré Catholic Church in Torrance by former Serra principal and current superintendent of high schools for the Archdiocese of Los Angeles, Monsignor Sabato Pilato. The announcement drew a rousing ovation from attendees in the standing-room only crowd.

“Dwan simply made a positive impact on people, and he certainly did on me during my three years as principal,” Said Jeff Guzman. “We talk about what it means to be part of the Serra family, and what it means to be a Serra Cavalier. He was a fabric of our school for nearly 30 years. I will miss him, and he will be sorely missed.”

Nadi Wissa, Serra’s assistant principal, worked closely with Hurt for close to 10 years. The two were jointly responsible for student-related and disciplinary matters. “Dwan was special for many reasons, but what stood out to me was he was a great listener to everyone: students, parents, faculty, players—you name it. He had a unique gift to make people feel welcomed, and he was comfortable to talk to.”

Hurt left a legacy at Serra, and as a result, his name will be etched in wood for the rest of time. 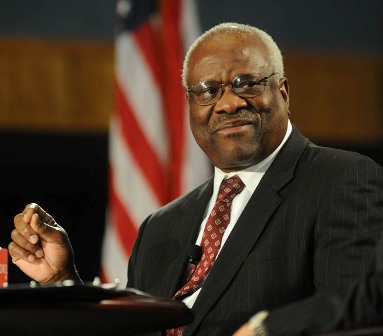 Republican Sen. Ted Cruz says the Smithsonian has made a mistake by not including the “extraordinary accomplishments” of Supreme Court Justice Clarence Thomas in the new National Museum of African American History and Culture.

In a letter to leaders of the Smithsonian Institution on Monday, the Texas senator says he was deeply disturbed to learn that Thomas is only briefly noted in the context of his contentious 1991 confirmation hearings, when he faced allegations that he sexually harassed Anita Hill when they were colleagues in the federal government.

“I am concerned that millions of Americans, of all ages, races, religions, and walks of life, when passing through this museum, will be subjected to a singular and distorted view of Justice Thomas, an African-American who survived segregation, defeated discrimination, and ascended all the way to the Supreme Court,” Cruz wrote.

Thomas has long been a hero to conservatives, but remains a pariah among civil rights groups. He’s been a fierce opponent of affirmative action and voted with the conservative majority to block a key part of the Voting Rights Act designed to protect minority voters from discrimination.

Cruz, who was once a law clerk at the Supreme Court, shares Thomas’ philosophy of adherence to the original text and meaning of the Constitution.

“Justice Thomas’ dramatic journey from enduring entrenched racial discrimination to serving on the highest court in a country of 320 million people is one that should be shouted from the rooftops to all Americans, regardless of race or ethnicity,” Cruz wrote.

A spokesman for the Smith­sonian Institution did not immediately respond to a request for comment.

Thomas recently celebrated 25 years on the court, and is “known behind the scenes as one of the most jovial, down-to-earth, and gracious personalities to ever don the robe,” according to Cruz.

In the letter, Cruz says the first and only other African-American Supreme Court justice, Thurgood Marshall, is briefly praised in the museum. He suggests an exhibit on Marshall and Thomas and their different judicial approaches.

“To be clear, I am not petitioning for a partisan hagiography of Justice Thomas, nor am I asking that everything critical of him be excluded,” Cruz wrote. “I am simply requesting that a fair and accurate portrayal of his powerful story be included, for the great benefit of millions of future museum-goers.”

South Carolina Sen. Tim Scott, the only African-American Repub­lican in the Senate, sent Smith­sonian directors a similar letter earlier this month. And a group of Republican senators led by Cruz’s Texas colleague, Republican Sen. John Cornyn, introduced a resolution to encourage the museum to give Thomas a prominent place in its exhibits. 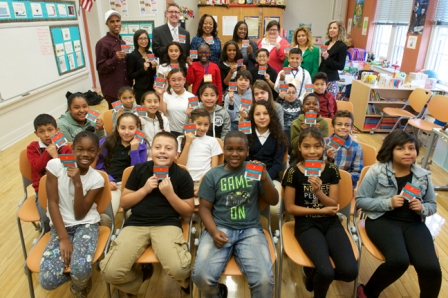 On December 7, Los Angeles Unified School District along with city officials brought together the nation’s second largest school district and 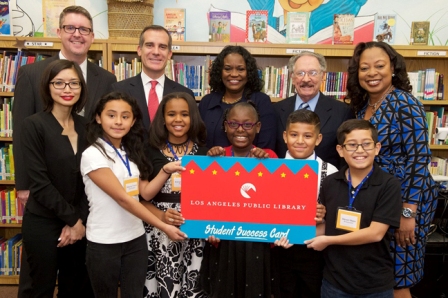 the Los Angeles Public Library to issue library cards to

Students will be able to check out up to 3 books 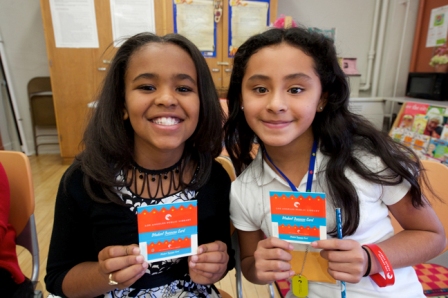