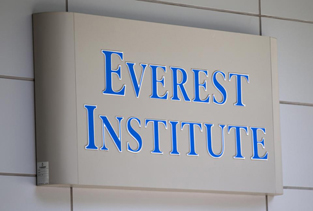 The federal government will make it easier for more students who attended the now-defunct Corinthian Colleges to get rid of their federal loans, officials announced Monday June8, as part of a new plan that could cost as much as $3.6 billion.

Corinthian Colleges was one of the largest chains of for-profit colleges when it nearly collapsed last year and became a symbol of fraud in the world of higher education and student loans. According to investigators, Corinthian schools charged exorbitant fees, lied about job prospects for their graduates and, in some cases, encouraged students to lie about their circumstances to get more federal aid.

In a plan orchestrated by the Department of Education, some of the Corinthian schools closed while others were sold before the chain filed for bankruptcy protection this spring. The biggest question has been what should happen to the debt incurred by students whose schools were sold. The law already provides for debt relief for students of schools that close, so long as they apply within 120 days.

The latest plan expands debt relief to students who attended a now-closed school as far back as a year ago. And it streamlines the process for students whose schools were sold but believe they were victims of fraud. The Education Department will soon appoint a "special master" to oversee much of the program, and support students at other for-profit schools who feel they've been victimized.

"We will make this process as easy as possible for them, including by considering claims in groups wherever possible, and hold institutions accountable," Education Secretary Arne Duncan said in a statement.

Duncan told reporters during a phone call Monday that the department has no way of knowing how many students will come forward and ask for help.

About $3.6 billion in federal loans has been given to these students since 2010, the department said. That potentially puts the taxpayer on the hook for that amount, although officials say it's unlikely that every loan will qualify for relief.

Still, the amount is still likely to be significant. Officials estimate that some 40,000 borrowers at the Heald College — one of Corinthian's subsidiary — alone took on more than $540 million in loans that potentially qualify for debt relief. The final amount could climb significantly when looking across all Corinthian Schools, which include Everest and WyoTech.

Dianne Torres, 24, who lives outside of Los Angeles in Whittier, California, said she has been angry that she hasn't found a job since completing a 10-month medical assistant program at Everest College shortly before the school closed this spring. But, she said, she's not sure she wants to apply to the debt relief program just yet because that would require her to give up her diploma.

"I dedicated 10 months of my life doing it because I wanted to get a better job for my kids. So it's really hard for me to go here, then have to give the diploma back," she said.

About 100 current and former students have already refused to pay back their loans. Organized by the Debt Collective, each member of the "Corinthian 100" has amassed tens of thousands — even $100,000 or more — in federal and private loans in areas of study such as nursing and criminal justice.

The former students argue that the department should have done a better job regulating the schools and informing students that they were under investigation.

In a blog post Monday, the Debt Collective said the Education Department plan didn't go far enough. They said the plan would put in place "a bureaucratically tortured process designed to provide relief only to those who hear about it and can figure out how to navigate unnecessary red tape."

Rep. Elijah Cummings, D-Md., and Sen. Barbara Boxer, D-Calif., praised the move by the administration, even as it left glaring questions about whether the government could have done more to protect students in the first place.

"It is our responsibility to hold servicers and colleges accountable to prevent future students from having to endure anything like this debacle ever again," Cummings said.

California Attorney General Kamala Harris said the debt relief should give students hope. Harris had filed a 2013 complaint that alleged Corinthian schools targeted low-income residents via the Internet and telemarketing. She was one of several attorneys general who pressed the Education Department to forgive the debt.

"Corinthian profited by preying on the educational dreams of vulnerable people and then left them under a mountain of debt," she said in a statement.

Former officials at Corinthian Colleges couldn't be reached immediately for comment. A former lawyer for the school said he no longer represents the chain of colleges since it went bankrupt.

Most of the company's assets have been sold and its stock is worthless.

Associated Press Writer Stacy A. Anderson contributed to this report. 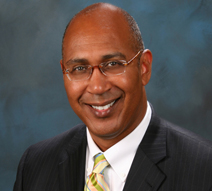 The Assembly unanimously approved Assemblymember Chris Holden’s (D-Pasadena) measure to reduce barriers to higher education.  The bill would create a partnership between high schools and community colleges to allow students to take college-level courses at their high schools or on community college campuses. The vote was 75 to 0.

Holden’s bi-partisan legislation (AB 288) on what’s known as concurrent or dual enrollment calls for increasing the number of college classes students can take from 11 to 15 units. It also offers opportunity for technical career classes that can potentially lead to a job.  And, it provides for remedial courses and college level coursework to prepare students for college life.

“Dual enrollment opens doors of opportunity for students who might never have thought it possible to go to college,” testified Assembly­member Holden. “This bill will allow students who may not be college-ready to be ready by the time they graduate. In our high-tech economy, a college degree will no longer be an option; it will be a requirement for jobs of the future. “

AB 288 has strong, bi-partisan support led by joint author, Assem­bly Republican Leader Kristin Olsen, of Modesto: “California is a world-wide economic leader, so we must do everything we can to ensure that our students are qualified for the jobs of our state’s ever-changing economy,” said Olsen. “By making community college courses more accessible to high schools students, we can help ignite their sense of purpose and drive that is essential in today’s fast-paced world, while improving their eligibility for a wider range of jobs early on.”

A lawsuit was filed against Los Angeles Unified on behalf of a 14-year-old girl who alleges she was sexually assaulted by boys on campus and that the school principal told a female companion who sought help that she was too busy to help because she was headed to a meeting. Stacey Anderson, the legal guardian for the unnamed girl, filed the case on May 23 in Los Angeles Superior Court, alleging negligence and violation of the state Education Code. The suit seeks unspecified damages.

An LAUSD spokesman said today he would check to see if any comment would be made on behalf of the district. The suit states that the girl, then 13, was walking on campus at Samuel Gompers Middle School in South Los Angeles with two female companions about 2 p.m. April 22, 2014, when a group of boys emerged from a gym, grabbed her by the hair and dragged her into the boys' locker room.

“Plaintiff screamed for help ... while she was thereafter sexually assaulted,” according to the lawsuit.

But Gholar replied, “I’m late to a meeting and I don’t have time to help you,” the suit alleges.

The girl’s assailants ran when they heard someone’s voice and the plaintiff fled to her classroom “in shock and crying,” where her teacher told her to go to the school office, the suit states. No school employee called for any medical assistance for the girl and she was eventually taken to St. Francis Medical Center in Lynwood by her mother after the woman arrived on campus, the suit states. 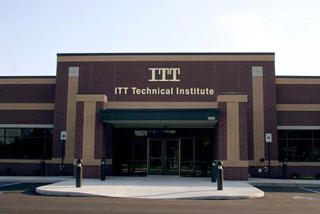 ITT Educational Services is facing charges that it duped investors by concealing huge losses on loans made to students attending the company's for-profit colleges scattered across the country.

The alleged scheme outlined in a complaint filed Tuesday May 12, by the Securities and Exchange Commission revolved around mounting problems in two different student loan programs that ITT set up in 2009 and 2010 as other financing dried up during the Great Recession.

ITT guaranteed the loans to pay tuition and other student bills in an educational system spanning more than 140 colleges in 39 states. Those pledges threatened to hobble ITT if a large number of the borrowing students missed payments.

The SEC case in Indiana federal court alleges ITT tried to cover up troubles that began to infect the student loan portfolios in late 2011, misleading investors about the financial risks facing the Carmel, Indiana, company.

The complaint depicts ITT CEO Kevin Monday and Daniel Fitzpatrick, the company's chief financial officer, as the masterminds of the fraud. Modany, 48, had already been scheduled to step down later this month and Fitzpatrick, 55, is supposed to retire in October.

ITT strongly disputed the SEC's allegations, but the case nevertheless raised doubts about the company's future and sent its stock to an all-time low of $2.07 at one point during Tuesday's trading.

The cloud hanging over ITT follows the recent meltdown of another major for-profit educator. Corinthian Colleges shut down its remaining 28 campuses last month after being fined $30 million for misrepresentation by the U.S. Education Department. Corinthian's collapse affected 16,000 students, many of whom are now seeking a waiver to forego repaying their student loans at taxpayer expense.

ITT vowed to clear its name and continue serving the roughly 57,000 students attending campuses that operate under the names of ITT Technical Institute and Daniel Webster College.

"We vehemently disagree with the SEC's position and we are confident that the evidence does not support the SEC's claims," ITT said it a statement.

The SEC contends ITT began misleading investors about how much it stood to lose on its student loan guarantees in late 2012 and continued at least through 2013. As the details of ITT's obligations for delinquent student loans emerged, the company's stock has dropped by more than 90 percent during the past 16 months to wipe out $1 billion in shareholder wealth.