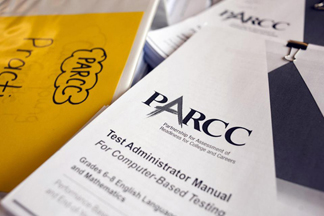 Standardized test season in K-12 classrooms has been dominated in some states by widespread technical problems or by parents allowing their children to opt out. But testing officials say the rollout this spring of new standardized tests taken by computer in many U.S. public schools has been without major problems in much of the country.

The next step? Seeing how students did — and how parents and educators respond. Test scores don't just inform parents of their child's progress; they are used to judge schools and teacher performance, too. The new exams are expected to be harder in many states than the state assessments they replaced, but they've been billed as a more accurate testing of what students are actually learning.

The new assessments developed by two groups of states are called Smarter Balanced and Partnership for Assessment of Readiness for College and Careers, or PARCC. They are designed to be aligned to the Common Core state standards, which spell out what reading and language arts skills students in each grade should master. About 12 million students are taking the two tests in 29 states and the District of Columbia, along with 5,000 students in New York as part of a pilot program.

Additional states initially were to have participated, but dropped out. Legislators in Ohio and elsewhere continue to debate which standardized test to offer in the future.

The new exams were developed to be taken by computer, although paper and pencil tests are available. Districts have had to upgrade their Internet capabilities, buy new computers and teach keyboarding. The move is "really groundbreaking and unprecedented in our field," said Chris Domaleski, senior associate at the National Center for the Improvement of Educational Assessment.

Testing was disrupted in the Smarter Balanced states of Nevada, Montana and North Dakota because of technical issues associated with open-source software.

In Nevada, states officials notified vendors they were in breach of contract. "Right now we have postponed the test until the vendor delivers a 'cure,'" Clark County Superintendent Pat Skorkowsky told parents. "I cannot say for certain whether that 'cure' will happen and if we can complete the assessments."

In Montana, State Superintendent Denise Juneau said she's been "very disappointed" by the technology problems which initially caused a two-week delay in testing followed by other technical issues, and she's decided to make the testing optional. She said a vast majority of districts are still doing the testing. She said she likes the rigor of the Smarter Balanced test, but will have to reconsider the state's testing options if the technology problems don't get resolved.

In Ohio, for example, there was a problem early on with students taking the PARCC test being directly taken to the end of the test if they hit the wrong key, but the problem was identified and fixed, said an Ohio Department of Education spokesman.

In California, where 3.2 million students are taking the Smarter Balanced test, testing has been running fairly smoothly, said Pam Slater, a spokeswoman for the California Department of Education.

In New York, some superintendents have reported that 60 percent or even 70 percent of their students are refusing to sit for exams. In New Jersey, state officials said preliminary estimates show that nearly 15 percent of parents of high school juniors opted their teens out, although fewer students in the younger grades opted out. Such resistance has also been reported in Maine, New Mexico, Oregon and Pennsylvania.

Under federal law, 95 percent of a state's students are required to undergo an annual assessment. As the opt-outs potentially put some states at risk of not meeting that threshold, Education Secretary Arne Duncan told reporters the federal government has "an obligation to step in."

In New Jersey, the state education department said it will do a review to make sure that privacy is not compromised by a standardized-testing firm that is monitoring social media for security breaches. That announcement came after a school superintendent said her district was contacted after a student tweeted something online about testing.

Smarter Balanced said it plans to announce scores this summer. PARCC said it won't make available how students did until this fall, in part because this summer it will set its performance standards. Some schools are already telling parents that students' scores could be lower than on the tests they replaced.

Edward Ferrario, principal of Stony Lane Elementary School in North Kingstown, Rhode Island, said he and teachers in his building wonder if the Common Core standards they are teaching truly align to the new PARCC test and where the gaps are. He said his school has been commended in the past for its high-performing students, but that it's unclear how students are performing on the PARCC test, causing concern.

"That doesn't mean we're not going to be able to raise the bar," Ferrario said. "We'll have to."

Corinthian Colleges students to meet for help after shutdown 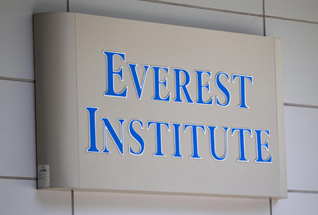 Students who attended the now-closed Corinthian Colleges will meet with state officials for help getting reimbursed for tuition and obtaining transcripts.

The Santa Ana, California-based company closed all of its remaining 28 ground campuses, displacing 16,000 students on Monday, less than two weeks after the U.S. Department of Education announced it was fining the institution $30 million for misrepresentation.

The closed colleges include Heald campuses in California, Hawaii and Oregon, as well as Everest and WyoTech schools.

The California Department of Consumer Affairs will be on hand Tuesday at 13 Everest and WyoTech locations to advise students about their options.

Corinthian was one of the country’s largest for-profit educational institutions. It collapsed last summer amid a cash shortage and fraud allegations. 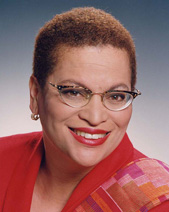 So far, Edwards is the only African American in the race and faces the prospect of joining California Attorney General Kamala Harris, an announced candidate for the California Senate seat that will be vacated by Senator Barbara Boxer. Another African American, Rep. Elijah E. Cummings of Baltimore, is considering running for the seat that will become vacant in 2017 when Mikulski retires.

This may seem like a local story, but it has national implications. Both Edwards and Van Hollen are likely to seek contributions from all over the country. Furthermore, the possibility of having an African American woman in the Senate is an opportunity for African American women’s issues to be raised on the Senate floor. Finally, Edwards’ presence on committees dealing with work, health care, and banking will bring a much-needed perspective to a Senate that is 96 percent White.

Why, then, have the highest-ranking elective officers at the county level in Maryland, both African American men, chosen the Caucasian Van Hollen over Edwards? And if they don’t like Edwards for the post, why couldn’t they wait until Cummings decides whether to run?

Baker, who served with Van Hollen in the Maryland General Assembly during the 1990s, says he knows Van Hollen and has worked well with him.  He says he has made this endorsement “in the interest of the county.”  It has nothing to do with race, he says, but everything to do with familiarity.

In his endorsement, Leggett said, “As we look ahead to build a strong Maryland, we need a proven leader like Congressman Chris Van Hollen, whose reputation for leadership, deep intellect and courage is unrivaled. His swift rise through the ranks in the U.S. House of Representatives attests to the respect and esteem he commands from his colleagues, and from other leaders around this country.”

Neither Baker nor Leggett has explained what makes Van Hollen a better candidate than Edwards. I won’t speculate about whether their choice has something more to do with gender than politics, but I do think their actions raises national questions about race and endorsements.

Further, in light of the recent killing of Walter Scott in South Carolina, Eric Gardner in New York and Michael Brown in Ferguson, Mo., among others, it seems specious to say that race doesn’t matter.  In light of the double-digit unemployment rates African Americans experience (twice those of Whites), race still matters and the need to target employment programs have not been raised in this Senate, even when Democrats held it.  Edwards would be forceful in pushing these programs. Baker especially owes his county an explanation both because it is majority African American (65 percent) and also because his county was critical in electing Edwards to Congress four times.

There has been a blurring of racial lines in our nation and in politics. Increasing numbers of Americans are biracial or multi-racial, and identify with every aspect of their background. Many choose to check the “biracial” on census forms, an option that was unavailable two decades ago. Apparently the “one drop” rule is obsolete, unless a mixed race person collides with the wrong officer of the law.  Still, I think that race should matter in endorsements, especially when history is about to be made.  Rushern Baker and Isiah Leggett owe their constituents a more substantive explanation than the ones they have offered.

LAUSD to open all girls school 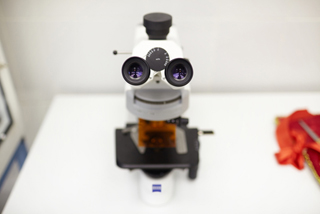 The Los Angeles Unified School District board agreed this week to create an all-girls high school with a science, technology, engineering and math curriculum.

“It is clear that within our district, our female student population is underserved in the areas of science, technology, engineering and mathematics,” Superintendent Ramon Cortines said. “Not only will this new school help our students discover their potential, think critically and develop important intellectual skills, it will also prepare them for college and beyond.”

The school — the Girls Aca­demic Leadership Academy, Los Angeles, will be located on the campus of Los Angeles High School. It will open in the 2016-17 school year with grades six and nine, but will add one grade level each year, operating as a complete high school in time for its first graduating class in 2020, according to the district.

“This will be an exciting opportunity for girls in the district, offering them a supportive environment to become leaders in the field of science, technology, engineering and math,” LAUSD board member Tamar Galatzan said.

“I support these kinds of programs that tailor education to the differing needs of students.”