“The passage of the John R. Lewis Voting Rights Advancement Act in the House of Representatives brings us one step closer in our struggle to secure and protect voting rights for every eligible American. As attacks on our voting rights continue with 18 states enacting voter suppression laws and over 40 states considering hundreds more voter suppression bills, the very foundation of our democracy continues to crack and is in desperate need of rescuing. The late Congressman John Lewis was not only my colleague, but a close friend of mine who helped to lead the Civil Rights Movement. He left a legacy behind that will never be forgotten. Today’s historic passage of H.R. 4 honors his legacy and his solemn wish to protect voting rights in this country.

“In Shelby County v. Holder, the Supreme Court invalidated key parts of the Voting Rights Act of 1965 which, for decades, prevented states from enacting restrictive, discriminatory voting laws and required states with a history of voter discrimination to get preclearance from the DOJ before making changes to voting laws. This decision paved the way for the kind of hateful attacks on voting rights so many are enduring by Republican governors who want nothing more than to keep people, and specifically people of color, away from the polls. And so, I have always challenged the Supreme Court’s decision that contradicts and flies in the face of everything the 15th Amendment stands for.

“Make no mistake – our democracy is in danger and the House of Representatives has done its part to protect it. It is time for the Senate to be bold and take whatever action necessary, including putting an end to the filibuster, to protect the right to vote for every American.”

This week, Assemblymember Chris Holden’s police reform legislation, AB 26, cleared its final hurdle in the legislature on the Assembly Floor. AB 26 establishes clear guidelines for police responsibility and accountability when witnessing excessive force by another member of law enforcement. Governor Newsom has until October 10th to sign the legislation.

“Today’s vote is a big step forward for police responsibility and accountability,” said Assemblymember Chris Holden. “Instituting these core values are paramount to building public trust that has eroded between law enforcement and communities across California.”

California law requires police officers to intercede when observing another officer using force that is beyond that which is necessary, but there are no universal measures used to determine that an officer has in fact interceded. In the case of George Floyd, a lawyer for one of the accused junior officers argued that there was intervention because the junior officer asked the supervising officer if they should turn Floyd on his side.

If AB 26 becomes law, police officers would be required to intercede when witnessing excessive force under the updated guidelines and report the incident in real time to dispatch or the watch commander. The officer’s due process will be protected as the employing agency would review evidence and determine if the offending officer met the standard for intervention. Retaliation against officers that report violations of law or regulation of another officer to a supervisor would be prohibited.

Last year, Governor Newsom’s Policing Advisors released their recommendations which included legislation to “Require officers to intervene to prevent or stop other officers from engaging in excessive force, false arrest, or other inappropriate conduct.”

“We were outraged when we watched the killing of George Floyd by a Minneapolis police officer from a knee to the neck,” continued Holden. “Equally disturbing, was the lack of intervention from the police officers who witnessed a clear use of excessive force. This lack of action is exactly what my bill addresses, and I look forward to seeing Governor Newsom sign it.” 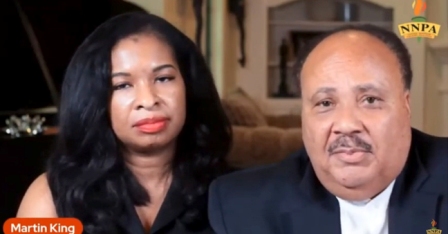 “John Lewis told us that the most powerful nonviolent tool we have is voting rights,” King told the National Newspaper Publishers Association (NNPA) during an exclusive interview broadcast over the social media channels of the Black Press of America.

The NNPA is the trade association that represents the Black Press of America.

“We are in a battle to protect our most sacred right,” King continued.

The oldest son of the late civil rights leader called the more than 400 voter suppression bills in GOP-led states a reaction to the massive voter turnout in Georgia and other places that helped Democrats gain control of both chambers of Congress and the White House.

King and his wife, Arndrea, said part of their mission is to register new voters and fight suppression laws.

“The 400 pieces of legislation introduced since January are a reaction to the massive voter turnout, we saw last year and is a preparation for 2022,” said Arndrea King, a national merit scholar who studied psychology at Emory University.

“If people come out and make themselves heard and press for federal protection, for the John Lewis Voting Rights Advancement Act, we can stop this,” Arndrea King insisted.

In addition to the August 28 march, the King family set a goal of registering 2 million new voters ahead of 2022.

The couple insisted that the Black Press of America remains the most prominent and trusted vehicle.

The King family and other civil rights activists have gotten out vital messaging using the Black Press.

“The Black Press is so important. We understand that the reality is that so many people depend on getting their news from the Black Press even though we have moved toward social media outlets.”

NNPA President and CEO Dr. Benjamin F. Chavis Jr., who worked with Dr. King and Coretta Scott King, said he remains impressed by the King family and their staunch activism for freedom, justice, and equality.

The couple said passage by the John Lewis Voting Rights Advancement Act would provide federal protections to voters that suppression laws have removed.

They called the current push urgent and said Democratic lawmakers should strongly consider abolishing or setting aside the filibuster that maintains most laws need 60 votes – or at least 10 Republican supporters – to pass in the Senate.

“The vast majority of Americans support voting rights legislation, and we know the voter suppression laws target the Black and Brown community, but this is a problem for all of us,” Arndrea King stated.

“In a lot of ways [Dr. King] saw this. Before his assassination, he said the first phase of the movement was civil rights, and the second phase would be genuine equality. We see mass mobilization across the U.S., and people are saying it is time for genuine equality, and that starts with access to the ballot box.”

Martin Luther King III called the filibuster a relic of the past.

“Just like the [Confederate] statues were standing in the way [of progress], we know the filibuster was put on the books to keep civil rights bills from passing,” King declared.

While some are reluctant to abolish the filibuster, King noted the hypocrisy.

“If we can do something like confirming Supreme Court Justices to lifetime positions with 51 votes, can’t we carve out a section for our most precious right, the right to vote? So, the filibuster is ultimately a relic of the past, and it’s not necessary,” King concluded. 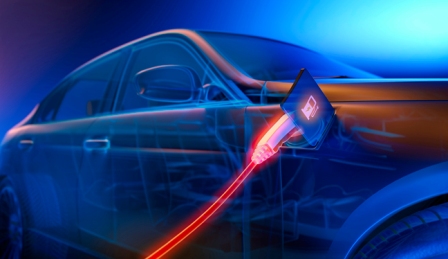 There is a real big push to electrify America’s transportation system, whether it’s through hydrogen fuel cells or battery technology.

That’s the message on which Energy Secretary Jennifer Granholm has toured the nation as cabinet and administration officials seek to build support for President Joe Biden’s $1 trillion, bipartisan infrastructure bill.

In addition to rebuilding the nation’s highways and airports, the infrastructure plan would remake the country’s energy system to address climate change.

“The president stood with the auto industry a few weeks ago, and the auto industry itself committed that 50 percent of its new vehicles sold by 2030 would be electric vehicles,” Secretary Granholm told The Houston Chronicle.

Secretary Granholm added that accomplishing this involves removing CO2, and “the fossil fuel industry is looking at those technologies like direct air capture, et cetera.”

“We haven’t cracked the code on which one yet. People have described this as not a silver bullet. This is a silver buckshot. The fossil fuel industry sees where the puck is going. They want to be part of the solution; they want to decarbonize. So, some of this will depend on how quickly they can do that work, with assistance from the research and development that can happen at the Department of Energy.”

Department officials said they are seeking to improve the performance, reliability, and flexibility of the existing natural gas supply and delivery infrastructure through NGDR pilot programs.

They said the reduction and optimization of natural gas consumption align with the Biden-Harris Administration’s goal of a decarbonized power sector by 2035 and net-zero emissions by 2050.

“The president is really focused on helping communities that have been fossil-fuel dependent to add to their economies by incorporating clean energy, as well,” Secretary Granholm remarked in her interview.

“And frankly, the major oil and natural gas producers have all put out their own goals of how they will get to net-zero carbon emissions by 2050. This bipartisan infrastructure deal has some very significant investments, $20 billion worth of pilot projects to work on the technologies that will allow those fossil fuel businesses to reduce their carbon emissions, whether it is demonstration projects in clean hydrogen or carbon capture and sequestration, as well as incentives for the further use of solar and wind,” she continued.

“Texas is a huge energy economy. We know they’ve been critical in bringing us to where we are as an industrial nation. We want to be able to have communities like Houston be able to continue their work in energy.”