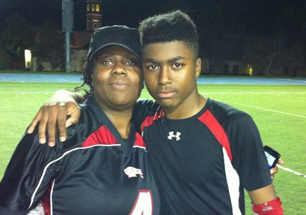 A Los Angeles judge recently rejected a motion by the national Pop Warner football organization and a local chapter to dismiss a negligence lawsuit by a teenager whose spinal injury during a 2011 game left him a quadriplegic. Superior Court Judge Frederick Shaller’s ruling means that Donnovan Hill’s litigation can proceed to trial, but added that his mother’s allegation of negligent infliction of emotional distress needs to be further explained. Shaller also found that the plaintiffs may seek punitive damages against the coaches.

“The plaintiffs’ allegations that the coaches knew that children would get hurt while tackling as instructed is theoretically malicious or oppressive,” Shaller wrote.

The lawsuit was filed in November 2013 on the boy’s behalf by his mother, Crystal Dixon of Los Alamitos, who is also a plaintiff. The suit also names Pop Warner coaches and representatives. It seeks unspecified compensatory and punitive damages. The boy, then 13, fractured his spine on Nov, 6, 2011, during the Midget Orange Bowl championship game at Laguna Hills High School. He was a star player for the Lakewood Lancers.

Although fatigued, the boy’s coaches sent him back into the game as a substitute for another defensive player and he was hurt while making a head-first tackle trying to prevent an opposing player from entering the end zone, the suit states.

“Donnovan immediately went limp and dropped to the field, unmoving,” the suit states. “Donnovan told those gathered around him that he could not feel his legs.”

The boy, now 16, has minimal use of his arms and no independent movement from his upper chest down, according to the suit. Dixon suffered emotional distress from witnessing her son’s accident, the suit states. But Shaller said the lawsuit needs to explain whether Dixon knew her son was taught to tackle with his head.

Lawyers for Lakewood Pop Warner and the coaches argued in their court papers that the coaches were immune from liability under federal laws pertaining to volunteers. The attorneys also maintained the plaintiffs must show the coaches intended to cause injuries to the players or that their conduct was reckless.

“To encourage aggressive play in football is simply to encourage participants to play the game as it should be played,” the defense attorneys stated in their court papers. 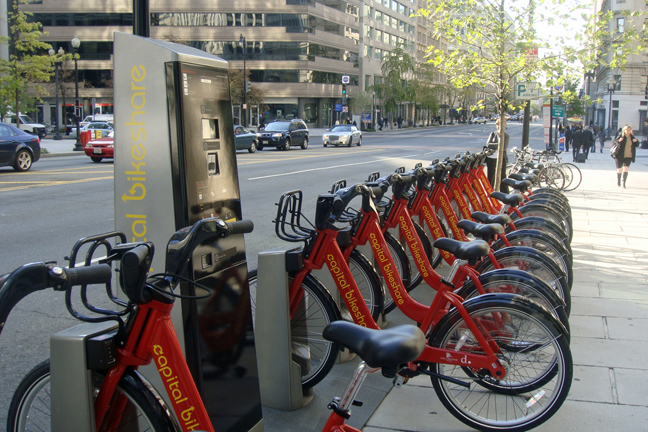 Now, the agency is expanding efforts to identify other areas of the county as it develops a longer-term, regionwide bikesharing program.

Metro’s bikeshare Map, available online at: http://www.metro. net/interactives/html/bikeshare/, enables users to submit a comment on a community they think bikeshare will be successful. Users can submit one comment per community at a time.  Those selecting multiple areas should submit multiple comments. All suggestions will be accepted through Monday, Decem­ber 22.

Metro has also identified communities that are “bikeshare ready” which are indicated in orange on the map.  Bikeshare readiness is determined by a number of variables, including population and employment density, job and trip attractors, topography, bicycle infrastructure, community support and funding availability.  Bikeshare ready communities identified by Metro include North Hollywood, the Hollywood area, Westlake, Marina Del Rey, Pico Union and East Los Angeles, among others.

Metro staff will report to the Board on the Bikeshare Imple­mentation plan for consideration in January 2015.  The plan will include business models that identify how user and advertising fees, corporate sponsorships, and/or grant funding can support bike share operations.  Metro will then move to contract and administer the bikeshare program. First-phase implementation for an initial pilot is currently planned for 2016.

Shot in the head by the Taliban two years ago for speaking out on education, 17-year-old Malala Yousafzai on Wednesday December 10, beamed as she received the Nobel Peace Prize and taught a lesson in courage.

And with that, Malala proved that teenagers could tell the elders a thing or two. Anyone who hadn’t read her memoir, “I am Malala,” was about to get an education.

She adjusted her coral pink headscarf and made no effort to hide any scars that might remain from the attack. She thanked her parents for unconditional love and then humbly suggested that she was somehow not all that special — just a girl who fights with her brothers who wanted to learn above all else.

“As far as I know, I am just a committed and even stubborn person who wants to see every child getting quality education, who wants to see women having equal rights and who wants peace in every corner of the world,” she said. “Education is one of the blessings of life, and one of its necessities.”

Malala shared the prize with Kailash Satyarthi of India. Both have campaigned for the rights of children and young people, particularly education.

The two laureates bonded immediately. They share a hard-won understanding among those activists who have suffered much, but there is also warmth and commitment to the future. Satyarthi looked on approvingly as she spoke, and has volunteered to be her second father.

But in so many ways, it was Malala's moment. Even an asylum seeker from Mexico rushing on stage left her unperturbed.

She has used her time in the spotlight to offer hope that her prize will inspire young girls all over the world to fight for their rights — and to step forward to lead.

In an interview with The Associated Press, she played on the theme of a global sisterhood of sorts, with women gathering the strength to fight for education, the key to a future.

Malala herself often has expressed her wish to lead — setting sights on one day becoming Pakistani prime minister and following in the steps of the late Benazir Bhutto.

And it was in talking about Pakistan that she melted — if but a bit. It was as if all the excitement about the Nobels, all the interviews, all the banquets — all of it — just faded for a moment as she described her pride in being Pakistani and what the award would mean for people back home.

“There was a time this region of the world was called a terrorist place, and many people get scared of it. No one even tried to say the name of this country,” she told the AP. “So I am really proud to tell people that the people of Pakistan are peaceful, they have harmony, they love each other, they believe in brotherhood.

“But there are some extremist-minded people who misuse the name of Islam and who give a bad name of our country,” she said. “But that's not true. Many people are standing up for children’s rights, woman’s rights and for human rights.”

In her hometown of Mingora, Pakistan, roughly 200 people gathered at the Khpal Kore Model High School in the Swat Valley where a large screen had been set up to show the ceremony.

“We feel honored today,” said 17-year-old Naveed Ali, who was delighted to see a fellow student and hometown girl win such a big prize.

But not everyone was thrilled. Some in Pakistan feel she has become a tool of the West and question whether her shooting was staged or made up to make her a hero.

Naveed Ahsan, 25, a university student in Islamabad, said Malala was selected for the Nobel prize by those who wanted to use her to “create hate against the Taliban.”

The persistence of such divisions make Malala’s example that much more potent.

Sarah Cardey, a lecturer in international development at the University of Reading in Britain, said Malala stands for the indomitable courage of the human spirit.

“Her quiet example will achieve more than 1,000 drone strikes in efforts to defeat the Taliban,” she said.

Malala herself left a memento behind in Oslo to show she hasn't forgotten how she got there: the bloodied school uniform she was wearing the day she was shot. It will form part of the Nobel Peace Center exhibition opening December 11.

It's a stark reminder of how the world came to know Malala, of the time a Taliban gunman climbed into the back of a small pick-up truck used to transport Swat Valley children home from school.

“Who is Malala?” he shouted.

She attempts to answer that in her book, written with British journalist Christina Lamb. She understands she’s known as the girl shot by the Taliban, the girl who survived. But she’s other things too.

“I’m pretty certain I’m also the first recipient of the Nobel Peace Prize who still fights with her younger brothers,” she said as her family burst into grins. “I want there to be peace everywhere, but my brothers and I are still working on that.” 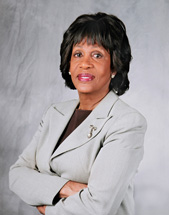 Recently, in a press conference at the U.S. Capitol, Congress­woman Maxine Waters (D-CA), Ranking Member of the Financial Services Committee, led members of the Democratic caucus in calling for a long-term renewal of the Terrorism Risk Insurance Act, which is set to expire at the end of 2014. The Ranking Member was joined by key members of Democratic House leadership, Leader Nancy Pelosi (D-CA), Whip Steny Hoyer (D-MD), and Democratic Caucus Vice Chair Joe Crowley (D-NY).

In her remarks, Waters underscored the importance of renewing TRIA promptly to protect American jobs, businesses and the economy.

“Thank you all very much for coming here today,” Waters said.

“And thank you to Leader Pelosi, Whip Hoyer and all the other members of the Democratic caucus who have joined us to discuss this important issue.

“We are here today at the 11th hour — making every effort to save the Terrorism Risk Insurance Act.

“We should not have to be here today. Not for a program that is designed to ensure we are able to reconstruct and rebuild our neighborhoods after a terrorist attack.

“But Tea Party Republicans have pushed this program – which has broad bipartisan support – to the brink of collapse. And the impact on American construction, jobs and the economy could be devastating.

“After September 11, many insurance companies stopped offering protection for damages incurred in a terrorist attack. In response, Congress enacted the backstop known as TRIA – and mandated that insurance companies continue providing this important coverage.

“By ensuring terrorism insurance is affordable and available – TRIA gives businesses the confidence to continue investing, creating jobs and growing the economy. It allows construction and economic development to continue. And it ensures major hubs of commerce – like Los Angeles International Airport and the Port of LA – continue bringing tens of billions of dollars in economic development into California – and the American economy.

“To this day, TRIA has not cost taxpayers one dime.

“We are at the brink of this important program’s expiration. And although a majority of Democrats and Republicans agree that terrorism insurance should be extended for the long-term, a handful of extremist Republicans – led by Chairman Jeb Hensarling – continue to block the program from moving forward.

“Although Mr. Hensarling’s bill to radically reform TRIA lacks the votes to pass the House, he continues to cling to elements of his proposal that are simply nonstarters for Democrats in the House and Senate – and many within his own party. His idea of reform would effectively dismantle this program.

“Terrorism is terrorism. The method used to carry it out does not matter. We need to avoid differentiating between types of attacks. Doing so is a slippery slope.

“Negotiations are currently ongoing between House and Senate leaders. I’ve spoken to Senator Schumer – who is working hard to convince Mr. Hensarling that renewing this program is good for America.

“But until Mr. Hensarling agrees to move away from the unreasonable policies he continues to support, I – and the members of the Democratic caucus – will continue to stand before the American people with a simple message: we need to act now to extend the terrorism insurance program, to protect our nations’ workers, businesses, and the broader economy.

“Today we call on Republican leadership to stop giving in to the extreme elements of their party – and renew the Terrorism Risk Insurance Act today.

“We cannot afford to let this program lapse now.”